Why I Think BLTO (BingoNation, Inc) Will Fall 90%+ or be Halted. 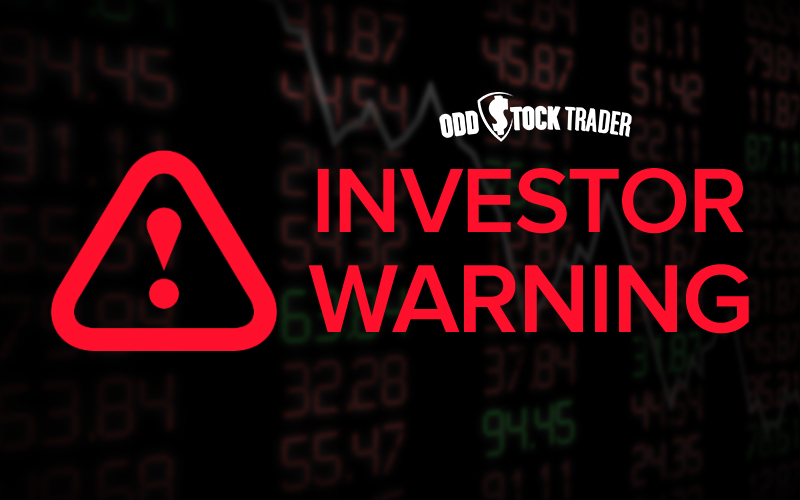 Posted by OddStockTrader on April 11, 2017 | Featured | No Comments

Well, let’s just all take a quick look at something that has happened quite a bit since the election. I have been paying extremely close attention to the OTC markets and I wanted to share with you a recent trend that has been going on.

Yes, they have been running rampant since the day Donald Trump got elected, coincidence?? Probably not, I think it is extremely normal for the market to have some people get extremely wealthy when there is a large change in office. Maybe this is due to people that were in power are now no longer in power. Thing that were being looked at closely in the market are no longer being looked at as closely by the new powers that be. THIS IS AN OPPURTUNITY to defraud unsuspecting investors (typically older ones, who have NO clue what the hell they are doing, but like to believe a nice story.

I think there is a BIG case for not being long any of these style of charts. With the recent EMMD, EURI and IMMG pump halts as well. The SEC is wising up to the recent pump out there and you should too.

As you may know I have profited nicely since this new regime change by shorting these pump and dumps, which I will go over shortly, and Why I think BingoNation, Inc BLTO will collapse in the coming days/weeks.

Let’s First take a look at this daily chart as of 4/11/2017 and then we will take a look at what these charts EVENTUALLY look like after the pump is over, and its not a pretty sight.

You might be saying to yourself, WOW that is one heck of a chart there, perfect uptrend and on decent volume, look great…well NOT so much.

I have seen this pattern SEVERAL times in the last 6 years of trading and they are popping up ALL over again, and on a daily basis. So this obviously is huge alarm bells for me as, well, I short these knowing they will eventually crater into the abyss, leaving anyone that “fell for the story” hating the market and with a HUGE loss. I personally don’t like anyone losing so finding these and calling them out for what they are is important to me.

NOW, let’s go ahead and take a look at another chart that looks, well nearly the same as BLTO, and the recent ETII, ZENO. RRRT had quite a nice daily chart as of March 23rd 2017 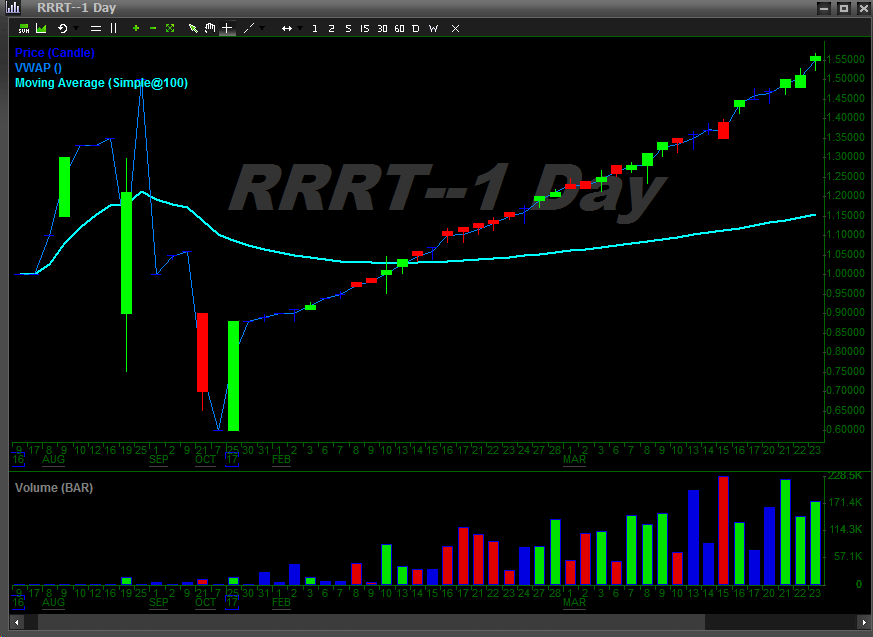 Here is what happened the next day…yes 1 single day (on March 24th 2017), after such an amazing perfect chart formation…OUCH!!! 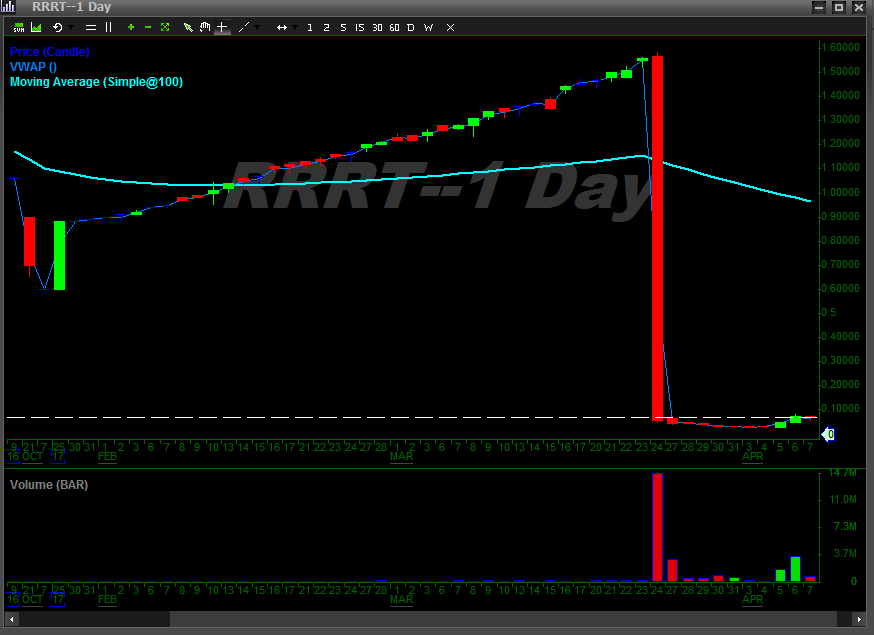 Now, hopefully you are able to figure out at a quick glance the fact that BOTH of these charts are nearly the exact same, but this isn’t the ONLY example. No, not even close, in the last 5 months there have been several nasty chart crashes and here is what they are. These will not be the only ones in the next four years, we will have several more and I will hopefully guide you to avoid investing in these companies. 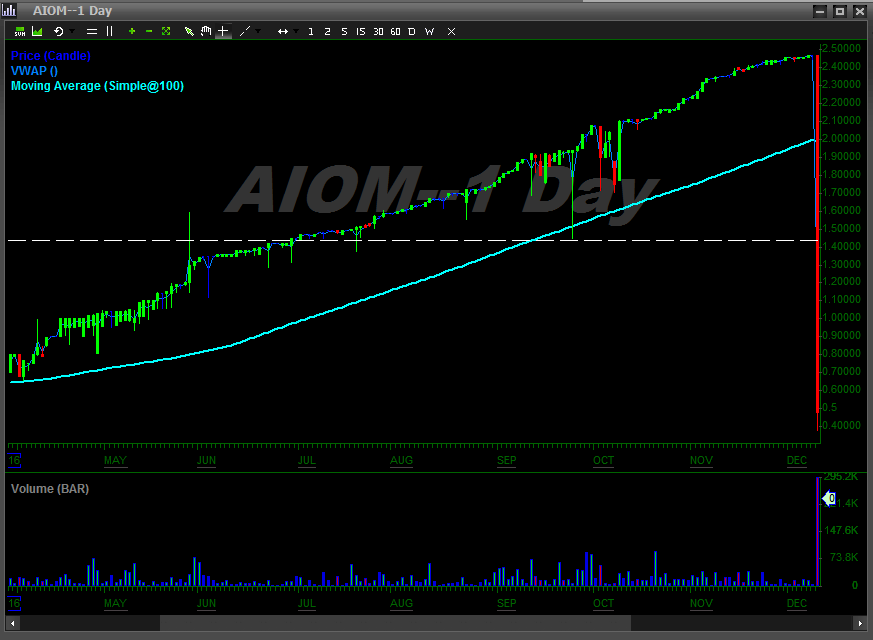 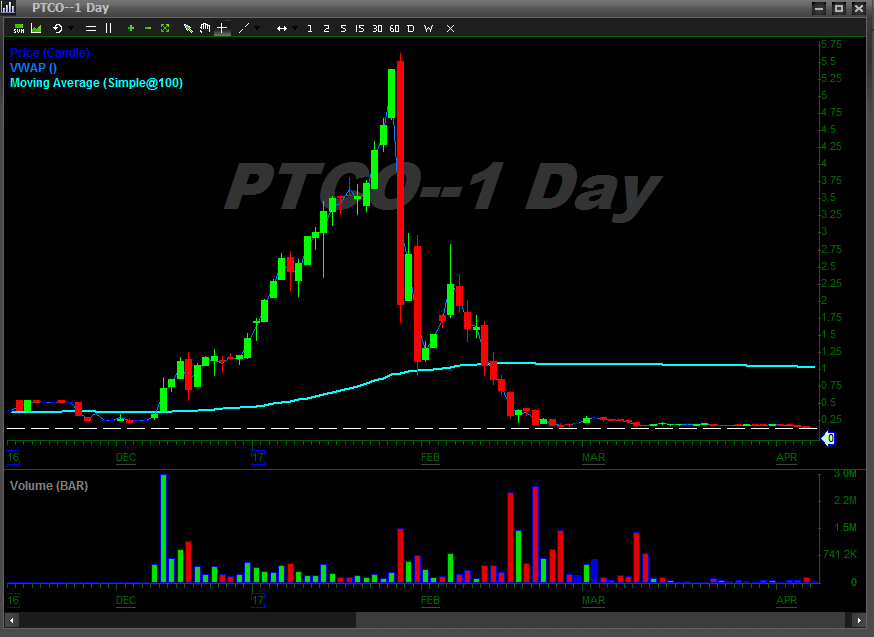 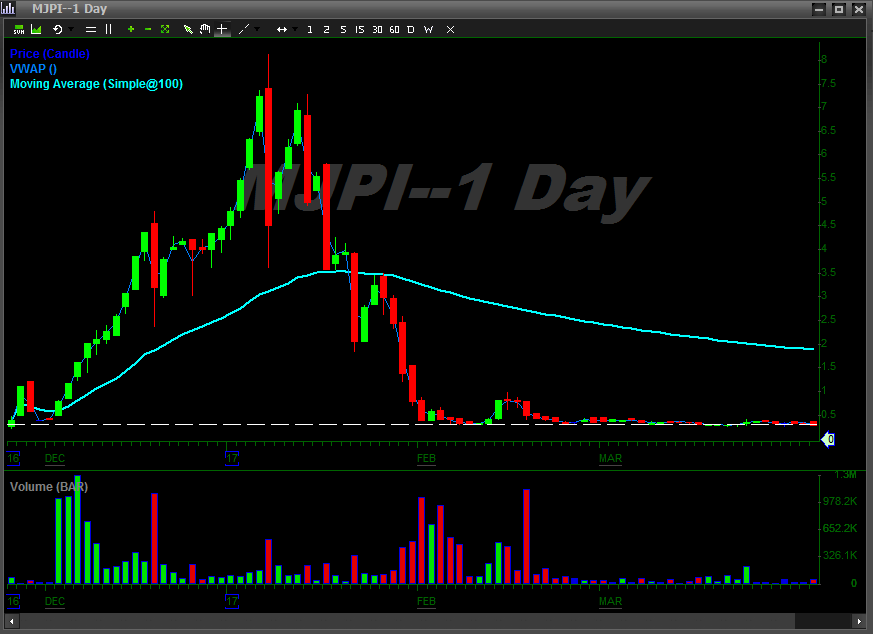 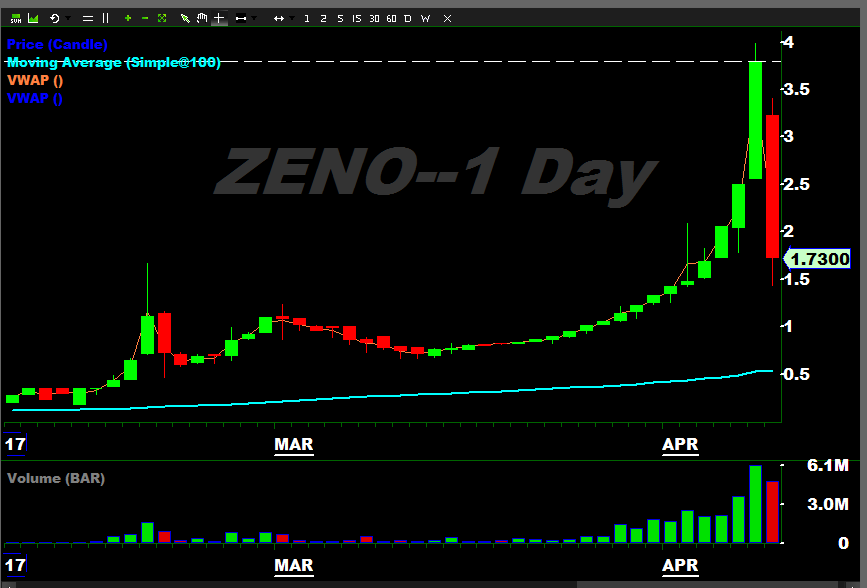 Ok, so you are probably seeing the trend here (I hope) but now let’s get into the meat and potatoes of why I think BLTO is going to tank more than 90% or more. We have already gone over the chart and why it is such a DEAD giveway that the price action is not normal whatsoever, as you should be able to see. Let’s go ahead and take a look at some of the public information on BingoNation, Inc Here is some of the information I pulled directly from otcmarkets.com

As you can clearly see by taking a look at the original filings under the new BLTO symbol that it used to just be Viking Minerals and old Pump that didn’t last very long.

According to one of the most recent 8-k filings dated March 4th, that on February 18, 2017, Ramsay Capital Corp sold its loan agreement.

What NICE TIMING To have the Shares now..and just look at when BLTO started to rocked up nearly 1,000%

It just keeps getting uglier the more we go into all of the filings, but feel free to take a look at them yourself. Lets see what we can find about the legal team behind BLTO

Most notably, again..the recent PTCO pump. Along with others including ESSI

Looks like BLTO BingoNation.tv was only purchased for 1 year and is set to expire in just 5 months…not a big show of confidence in a company.

LOOK OUT FOR LEXINGTON RIDGE HOLDINGS TO DUMP ON YOU 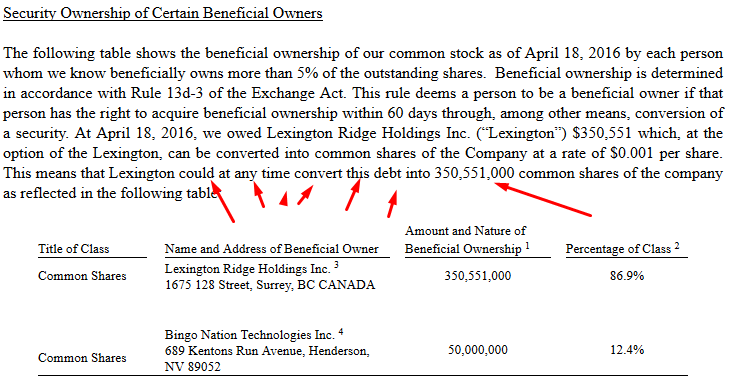 THE ICING ON THE PUMP CAKE IS…..

That is never a good thing on any stock listed in the OTC and up a straight 800% in just a month.

Hopefully you found this information helpful and informative. These are just a few of the several reason why….

I Think BLTO (BingoNation, Inc) Will Fall 90%+ or be Halted.

As always, good luck trading and be sure to read the Disclaimer