Now, let me start by saying, I have seen this pattern several times and each time I see it, I trade it, holding it the entire way….thats another story. I wanted to share this setup as it can apply to swing trades (the big money winners) and also intra-day trades as well. I will apply my own name to it as well. I will call this setup, the Power Long trade.

The Power Long is something that will give you a very good defined risk vs. reward setup. This is something I want for each and every trade, the key to making this trade earn you a lot is the patience part. Why??? Because you just never know how high this can go. However, I like to use a simple strategy to help with this, Sell partial and let the rest ride to the entry.

Now, on to the good stuff, the visuals of this setup. The biggest one I want to share (and if you know it or have seen the chart, oh well, just don’t try to pull it up, just keep reading) is NTEK. NTEK was a sub-penny that caught my eyes back in late 2012 when it ran from .001 to .01. Big move, but the Power long comes from what happens after a big move, in either direction as well, more on this later. Lets take a look at the chart.

After a big move from .001 to .01 NTEK ran even higher to .025 (Eyes have been on it, and its considered a former runner) so you know people will see it again when it moves. Notice how the .01 is now a nice base with tests under it, then holding. The downtrend line is very defined and when it intersects with the .01 support line this is your RISK, down to .01. You will want to see it break and hold above the downtrend line for a few days (or minutes on intra-day chart) for your long entry with your defined risk. 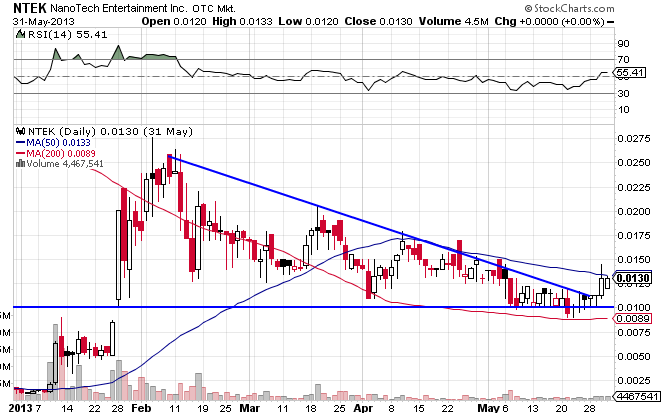 Now that volume as shown up and been confirmed, you can either sell partial position size and let the rest ride, knowing that .025 was the prior resistance or wait for another long entry if you missed it initially (most people including me). You can then simply draw that line when resistance breaks as your new entry with whatever risk you want to give the trade. 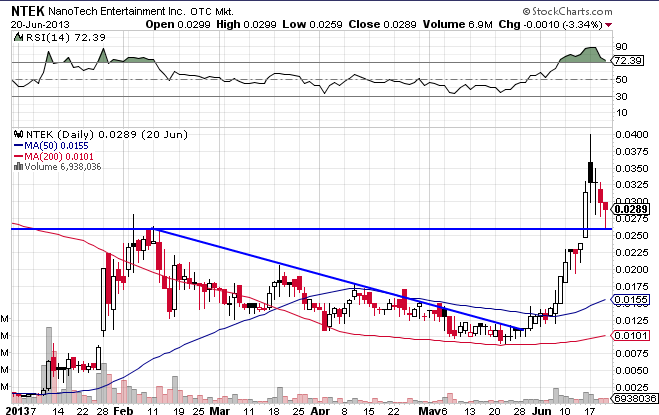 Now obviously you want to take you profits and everyone should, thing is, you want to try and let the trend be your friend for as long as you can. With OTC’s specifically tho, you want to get out before you can’t. So, don’t try to sell the top, just get out at whatever profit you feel is good enough for you, ya, such a problem isn’t it. 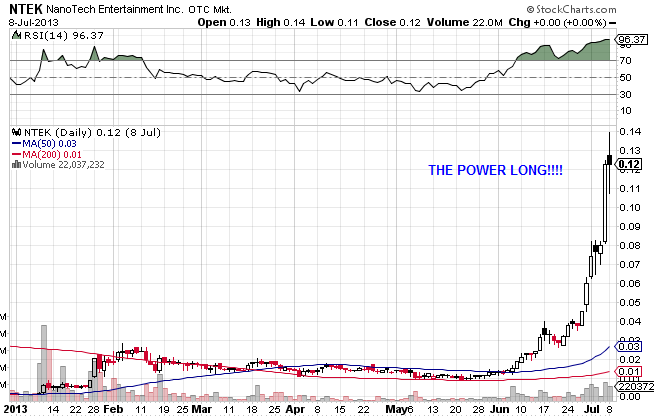 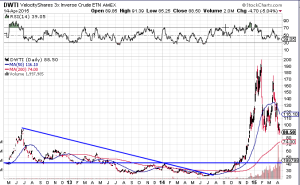